My Changing Relationship with Lao Ye

I see Lao Ye basically every year, and now that I'm older and he is as well, our relationship is changing. Let's start from the beginning. Ever since I was very young, I bet I was the baby and he was the caretaker, looking after a troublesome me. I barely remember anything back then except stories from Mom, but what is important is the feelings I had back then, and because those are lost, too much is rendered useless.

Next are the vague memories of family reunions and watching TV. All I remember about this period is that I rarely spent much time with Lao Ye. Valuable time at least. I remember the feeling that I was rushing. Through what, I don't know. I just know I was on the 5th floor rushing through something so I could go downstairs to play. So sometimes, visiting Lao Ye felt almost like a burden to me. I'm not saying I didn't enjoy seeing him, but sometimes when I was playing something, I really didn't want to be distracted by having to greet him. In that period, he was like a friend, but a friend not important enough for me to stop my own entertainment.

I separated the previous years into the two groups above, but this year is its own. Next year might fall into this category, but that depends on if we come back at all, and after all, who can predict the future?

This year, gone are the family reunions because Lao Ye's health has gone down after his stroke on New Year's Day. Before, he would go out on his own to play Mahjong with friends, so we, as I said before, didn't see him, and he didn't need us. This year, he needs us. To get out of the house, we need to put on his socks and shoes. He also needs Austin, when heading downstairs, to stand in front of him because he is afraid of tumbling down the entire staircase. When coming back, Austin must push him up. Well, the word "push" is a bit inaccurate. Austin puts his hands onto Lao Ye's ribcage and lifts him up to make him feel lighter.

Also, Lao Ye has diabetes, so we have to give him insulin shots three times a day, two of which I volunteered to do. His left arm, which rests on a sling, is not only immobile but also in pain. Thus, we wash his right hand and help him change clothes. Mom told me that he, who was such an independent person, was even driving on the day he had his stroke at age 84. It must be sad for such a strong minded person to have to be dependent on others.

Now, the roles have reversed. We, who were being taken care of by Lao Ye, are now the ones taking care of him. Ironic? It's the cycle of life. Those who get taken care of grow up to take care of others.

I am so much closer to him now. I see him much more; it's on a whole new level than before. From at best a few times a week to several times a day. Each time is also much longer than before, when I would simply pop in to say hi then leave. We don't have any more family reunions, because no one needs a restaurant and good food to show their love. Family reunions contain almost a superficial love. This, this year, is true love and family. 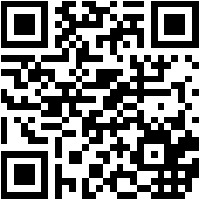